Last night Mistress got into my head telling me some of the things she wanted to do.  Paint my fingernails today in a neutral or clear shade.  I'm in such a mood I picked out one shade darker than clear. She also hinted I should buy something to wear to sleep in that will hold my breast forms.  I want her help picking what I should buy.  My 3 (in stock) choices are...  The last 2 need panties (or not) 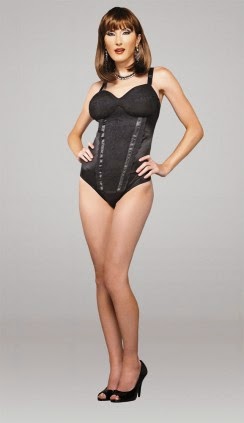 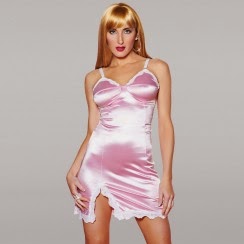 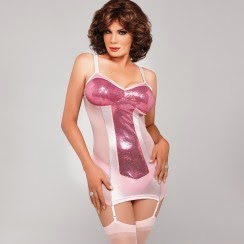 Mistress also mentioned tying me up and torturing me one night while we have company.  She knows I wouldn't dare make a sound no matter what she was doing as I wouldn't want to arouse suspicion.

This got me wondering about why I find some of this stuff so hot.  I think I found the answer in another blog.  Here are some excerpts.

For other people, it seems to be the powerlessness and the sense of helplessness or objectification associated with many types of humiliation play that really do it. I can understand this; on some visceral, irrational level, which has nothing I can see to do with anything in my past or any of my experiences, powerlessness (and, conversely, control) crank my motor. It's not associated with any kind of trauma while I was growing up; it has nothing to do with any past event, or with trying to work through problems in childhood; for whatever reason, a strong psychological control dynamic just gets me off. It's a purely irrational thing that in some ways is like what I imagine having a foot fetish or a crossdressing fetish to be like; something that makes no sense to a person who doesn't have it, something that has no logical reason; simply a quirk in the wiring or whatever that makes this particular stimulus really, really arousing.

When I am engaging in some kind of erotic scenario built around humiliation or shame, from either side but most especially from the receiving side, it exposes me emotionally to my partner in a way that nothing else I have experienced does. it strips away any emotional defense mechanisms I may have and lowers all of my emotional boundaries. The person you see when you see me i that context is me, undefended, completely exposed. As a tool for emotional intimacy, it can't be beat; there's no bullshit, no filtering any of my responses; what you see is what I am, completely unfiltered.

For that reason, I can't do humiliation play with a casual partner, or with a person I'm not in an intimate, stable, long-term relationship with. I use it precisely because the emotional vulnerability creates a vehicle for intimacy; for me, it's that, not the orgasm, that really matters. The fact that it gets me off is what makes me able to do it in the first place, because no doubt about it, that kind of vulnerability and emotional exposure can be pretty scary. The sexual aspect makes it fun, and puts it in a context where it's safe and supportive.

Verbal humiliation
• Animal play, making the submissive eat and drink from pet food and water bowls
• Verbal belittlement, with such words as slave, boy, girl, missy, and pet.
• Degrading names, such as slut, shit, bitch, and whore.
• Requirement to ask permission for everyday activities, such as going to the toilet, spending money, and eating.
• Forced repetition, such as the submissive being obliged to repeat commands that he or she has been given and to confirm them.
• Forced flattery, such as agreeing that every decision that the dominant makes is wise, correct, and justifiable.
• Verbal teasing about their situation.

I think that helps explain quite a few things for me.  I am glad I did a little research as it makes me feel a little less "weird".  I'm very luck to have found my true Mistress.